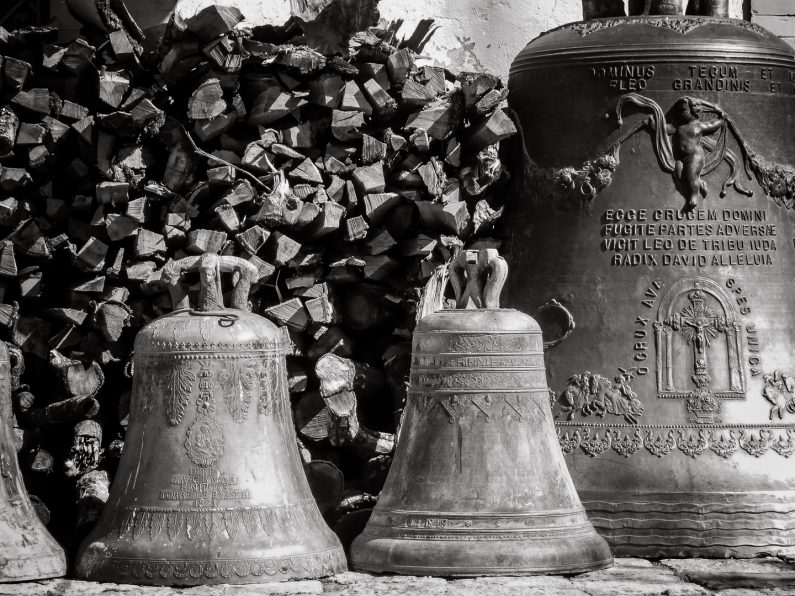 Emerging young artist of the Marinelli family, Ettore shared his work with us at the Bell Foundry this summer

The tradition of metalworking in Molise goes began three thousand years, when the Samnite tribe, once Rome’s fiercest rivals, were casting statues for their temples, making weapons and armour, and creating tools and jewellery. Later, in the middle-ages, a small group of artisans was brought from Venice to perfect this art, making Agnone a centre of excellence for metalwork.

It is documented that in the latter part of the 12th century, one Nicodemus Marinelli, in the town of Agnone, began casting bells of great refinement. At one time there were 6 foundries, and the town became known for the casting of sacred bronzes and bells. Today, only the foundry of Nicodemus remains, where generations of Marinelli’s have passed experience and skill from father to son, making it the oldest bell foundry in the world.

Ettore, the youngest of this dynasty, and the 27th generation, was blessed with a unique and remarkable playground, and a precocious talent. Growing up in the foundry where methods have remained pretty much unchanged for centuries, he was encouraged to learn and explore. It takes 3 months to create a bell using artisan techniques, and no two bells are the same. The work requires enormous technical skill, and years of experience. So Ettore witnessed at first hand the application, discipline, and total dedication required for this artistic endeavour. 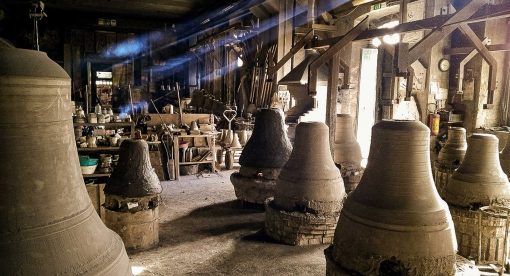 Interior of the foundry

Adept at portraiture, at a young age Ettore was already making his own contribution in the foundry, sculpting images and decorations, and producing his work using the ancient process of the ‘lost wax’ method. After a period of Erasmus study in Paris, he studied sculpture at the Accademia di Belle Arti di Napoli, receiving his degree at the very highest level. 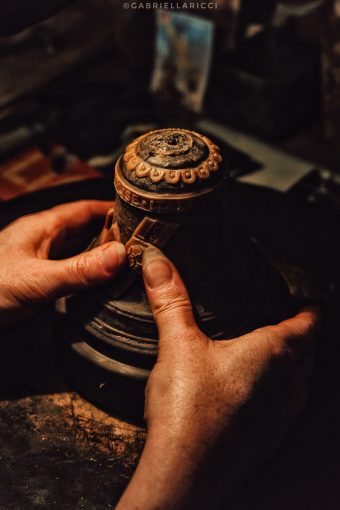 Today he continues to work at the Academy teaching modelling in stone, clay, and wax, using silicone and fibreglass, and experimenting with innovative casting techniques. He produces his own moulds and casts, using the ancient techniques used by his family for over a thousand years, and is always curious to experiment with new ones. He has produced work for hundreds of bells, and although still only 27, has been commissioned to create impressive works of sacred and civil art for town squares, churches, and businesses around the world. His bust of San Gennaro, for Boston Cathedral, and a very modern bronze crucifix, were blessed by Pope Francis at the Vatican this September before making their way to the United States.

Marinelli has held exhibitions in Paris, New York, Valona, Rome, Naples, and in Abruzzo and Molise. He was chosen to present works at the 2017 Venice Biennale, sharing a platform with the Italian sculptor Nino Longobardi. The art Critic Vittorio Sgarbi visited his exhibition of fantastical animals “Metazoi’ last summer and was so impressed that he asked to meet Ettore personally, and spent time in his studio promoting his work for other exhibitions. 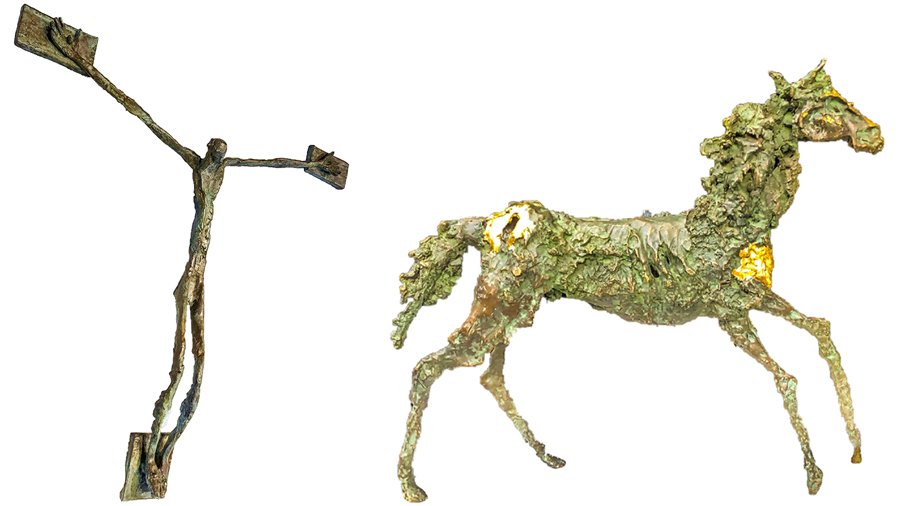 This summer Live and Learn Italian was lucky to catch him in the foundry in Agnone, and had a chance to hear about his influences and new projects. We got up-close to the beautiful collection of bronze animals, “Metozio”, and asked questions about his work. What a great Italian conversation class that one was!

Ettore, in front of the foundry with his father Armando Marinelli, Uncle Pasquale Marinelli, Mother Paola Patriarca and his brothers and cousins.

Live and Learn Italian offers you study with qualified teachers, while living and engaging with a small community. For more information, drop us a line via our secure form, or tap here to email me.

Immerse yourself in Italy!