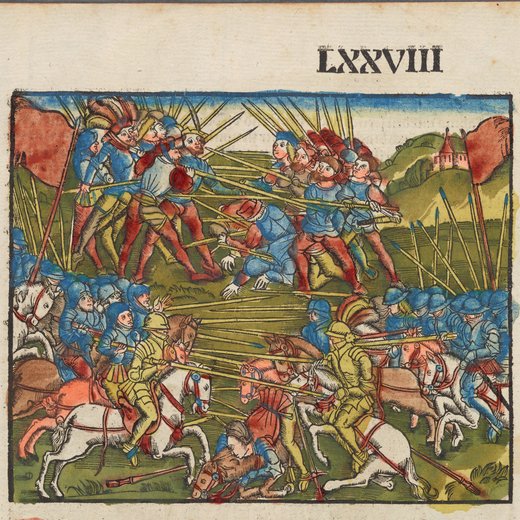 Agnone, Pietrabbondante and the Sammnites - A territory rich in history.

One of the names given to the ancient town of Agnone is “L’Atene del Sannio”, Athens of Sannium. Athens - because of Agnone’s rich cultural heritage, and Sannium - because Agnone is located in the heart of the Samnite territories (Sannitico in Italian).

I’d never heard of the Samnites before I went to Agnone, but then, nor have most Italians. A pre-Roman tribe, the Samnites were sophisticated and cultured. Renowned for being fearless and proud warriors, they established a vast territory from which they travelled far and wide.

A very mobile people, they were receptive to other cultures; Etruscan bronze artefacts have been found in Samnite sanctuaries, Cicero recounted that a Samnite chief travelled to Taranto in Apuglia to discuss philosophy with Archita and Plato, they exported timber and livestock. Wine was imported for their sacred ceremonies from the Bosphorus and Agean Islands, and Samnite weapons and belts found in Tunisia (Ancient Carthage), Magna Grecia and other Greek cities, are evidence of their mercenary activity. 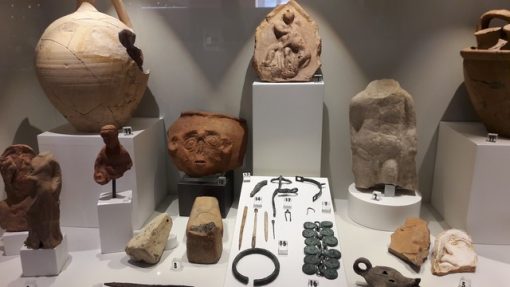 They spoke Oscan, an adaptation of Etruscan and Greek. The famous bronze tablet, la Tavola Osca, today in the British Museum, was Pentrian Samnite, and discovered by a shepherd in the fields outside Agnone (1840). It describes the internal organisation of the sanctuary of Ceres at Pietrabbondante, and the ceremonies that took place there. The sacred inscriptions on the tablet were fundamental in helping scholars to decipher the Oscan language. Excavations of the temples and amphitheatre at Pietrabbondante began in 1843, and by 1856 had aroused such interest that the site was granted government protection by the Bourbon King Ferdinand of Naples. Very rich in artefacts, excavations still continue today. 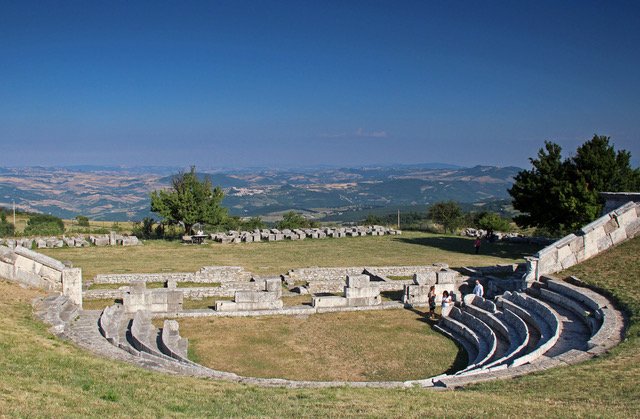 Identifying as one people divided into tribes, the Samnites formed an organised democratic republic encouraging freedom of expression. Totally different from the politics of Rome, which was influenced and led by patrician families, the Samnites favoured an equitable society, very advanced for the time. There were no powerful landowners, the land was free for everyone to use for grazing and farming. Nor did the Samnites keep slaves. 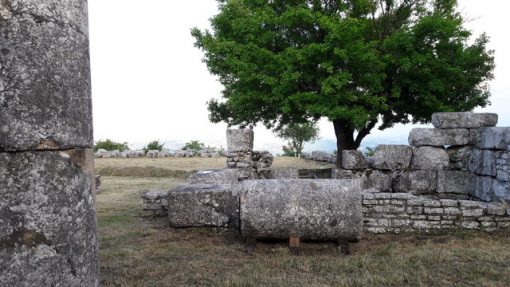 Their tribal structure made the territory difficult to penetrate, allowing them to control large parts of southern Italy for a long time. Their forms of settlement and land use can still be seen today in an impressive system of fortifications, forming a barrier that was very difficult for the Roman army to break through. It is said that the Samnites could have been masters of Italy had they formed a united or federal state, but unlike the Romans, they valued individual freedom much more than greatness or power, and more than the permanent preservation of their state. 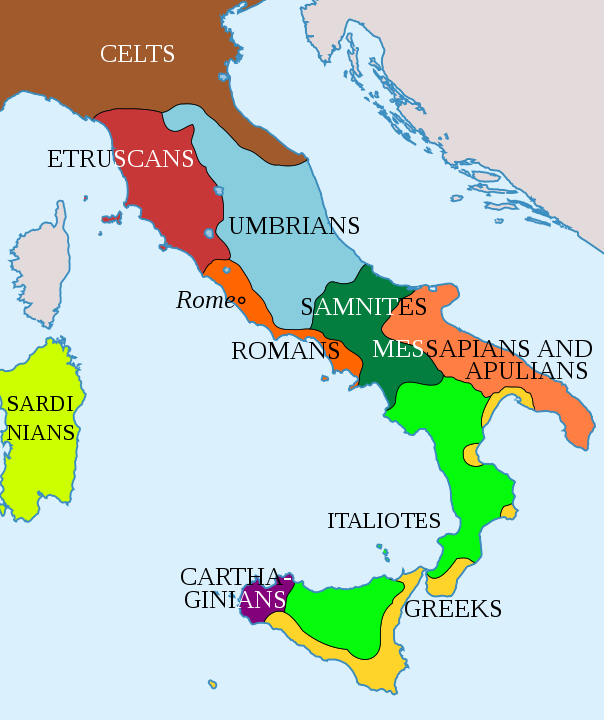 Originally allied with Rome against the Gauls, the Samnites later became enemies of Rome, fighting a series of battles, known as the 3 Samnite Wars; in 343, 326 and 298BC. Despite early overwhelming victories, they were finally defeated, and so severe was their threat, that by 82BC the Roman dictator, Lucius Cornelius Sulla had subjected them to an ethnic cleansing campaign, after which the Samnites more or less disappeared from history. 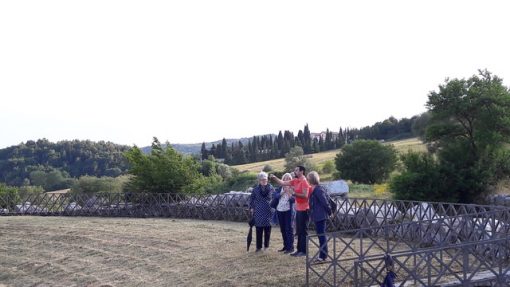 They were predominantly shepherds and herders, a tradition that continued in the region long after the tribe had been destroyed. The tratturi, the wide grassy pathways that cut through Molise from the hills of Abruzzo to the plains of Puglia, were first established by the Samnites. Like the motorways of their time, these routes brought livestock to the southern plains for the winter and back to the mountains for summer grazing.

Many of the cultural traditions of Molise are rooted in Samnite history. It is a strong legacy of which the Molisani are very proud.