A visit to the Sanniti sacred temple ruins in Pietrabbondante 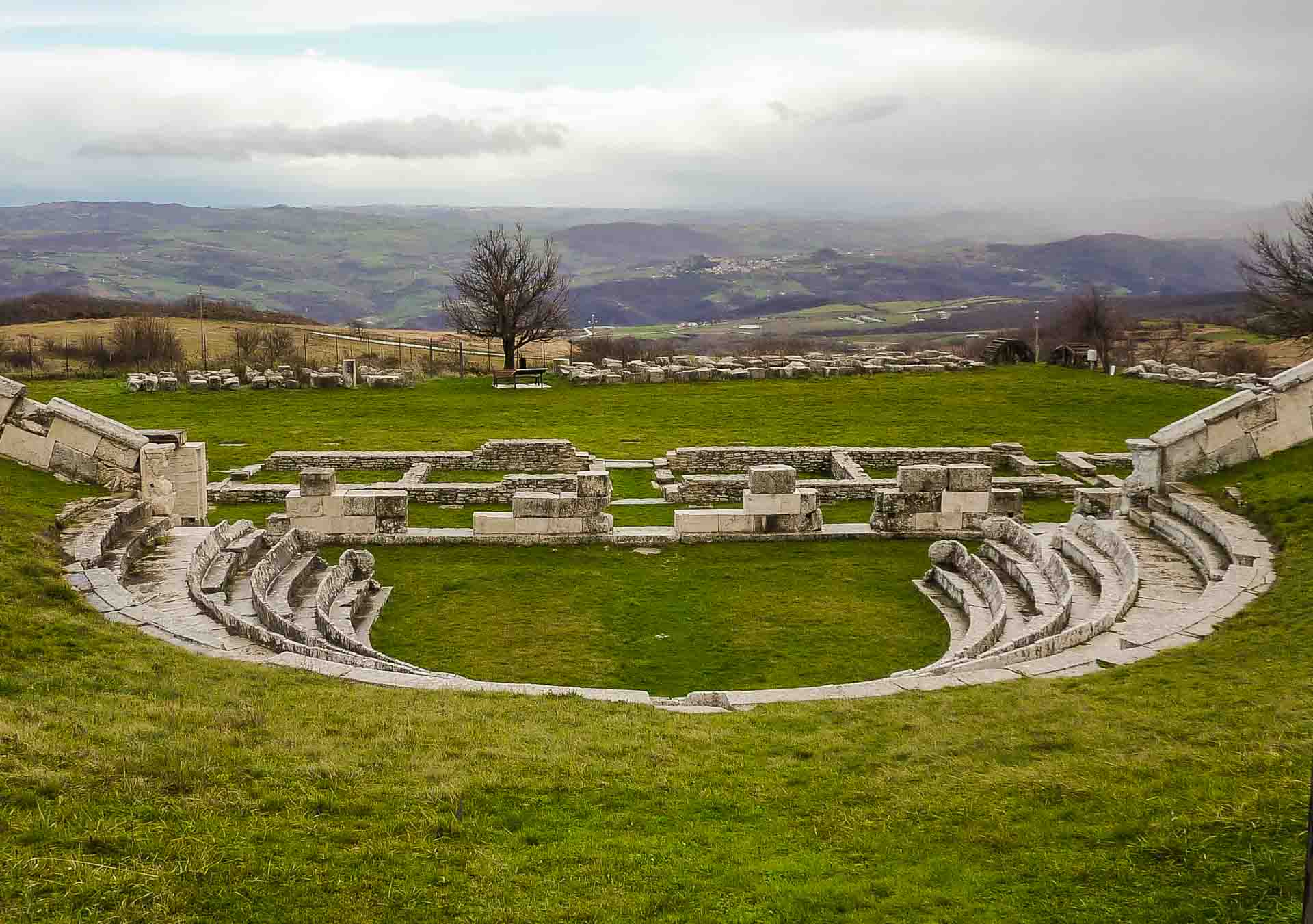 Cari tutti. Sunday dawned overcast and the Birthday Girl (!) enjoyed a festive prima colazione including a baby tiramisu with one candle on top! Afterwards we made a visit to the Sanniti sacred temple ruins in Pietrabbondante.

This was previously thought to be the ruins of a town but is now considered more likely to have been a sacred place consisting of a large temple flanked by smaller side temples and workshops or services, with, at its centre, an arena - for plays or meetings.  All this was built on the side of a hill with a sacred bosco behind, overlooking a stunning view. The arena is notable for its acoustic, but especially for the first three rows of seats. Each section of these is made from one piece of stone giving a curved integral back, ergonomically supportive and sound. There are a few examples of carvings, words and images, including the names of the patrons - one of whom went on to become a Roman senator after the Sanniti had been “taken over”.  Also a statue of Atlas.

Photos attached (courtesy of my official photographer David) show the arena with a glimpse of the setting and another of your correspondent making friends with Atlas! Alessandro joined us for a super long lunch at a local agriturismo where, after a prosecco on the terrace we returned inside as the clouds became more threatening. As we finished dining the “deluvio” started! I’ve had downpours of rain on my birthday in England before, but never had thunder, lightning and hail as we did on our way back to Agnone. So we just had to finish the day with more prosecco ………!

Must sign off now, as tomorrow your correspondent has to rise early and, suitably coffered and made presentable, accost various men in the Cafe Letterario to find Tim Peters, the guy who is coming to buy a house in Agnone - well someone has to look after him as Jenifer has other commitments!

We missed you all today and hope you got home safely.

Explore how the site used to look in this incredible computer-generated short film from Capware.it

Your Italian Prince charming! A quick lesson in grammar →